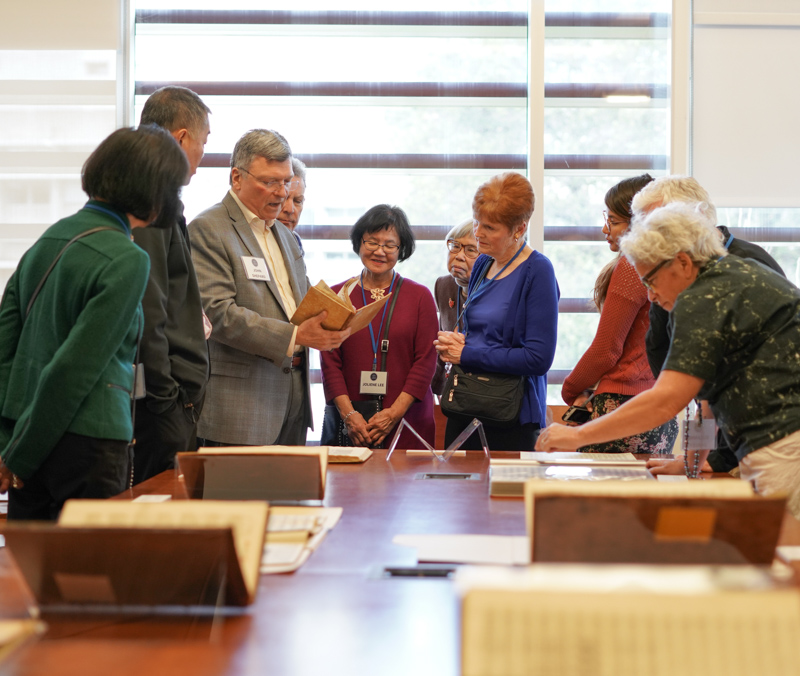 The Library Board advocates for the UC Berkeley Library to enhance its depth, breadth, quality, and excellence. The Board advises the university librarian on how to best present his or her vision for the Library to faculty, alumni, and other constituents. The Board works to strengthen the partnership between the Library and its friends on campus and in the region, state, nation, and world. The Board's mission in brief: advocate, advise, collaborate, and support.

To learn more about the Library Board contact the Library Development Office at (510) 642-9377 or give@library.berkeley.edu.

Offering recognition for contributions to the Library, our Donor Clubs are named in honor of influential individuals in the history of the Library and the university. Over the years, your support of collections and programs has enabled the Library to grow into one of the world’s great research institutions. Gifts of any amount are always greatly appreciated.

To learn more, contact the Library Development Office at 510-642-9377 or give@library.berkeley.edu.